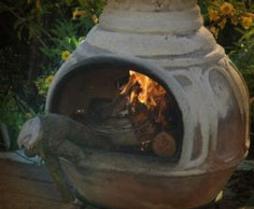 Fall on the Plaza in Santa Fe

I have been blessed beyond measure by the love of a good family. My father has been gone for years, yet somehow memories of him are crisper in the fall. In September of 1967, we moved into a small adobe house in Santa Fe, New Mexico, close to downtown and the center of culture and community.

September rolled into October, and the aspen trees began to change. Green leaves gave way to gold and seemed to have light coming from within. They shimmered and shook and possessed a rhythm all their own. The smell of burning pinon wood wafted across the Plaza, and the music of Bob Dylan, the Rolling Stones, and LuLu vibrated from open car windows as teenage boys cruised from one block to the next, whistling at chicks in mini skirts and go-go boots.

That year was a hot one in the Vietnam War, and young people everywhere were starting to rebel. Slogans of No Nam! Make Luv--Not War! Peace, Dig it? Drop Out and Tune In, and others began to appear on t-shirts, in graffiti across vacant buildings, and on bare skin. My father and the four of us kids sat parked in our tan Volkswagen station wagon in front of the Plaza Cafe', listened to Linda Ronstadt and the Stone Poneys sing Different Drum, and waited for Mom to come to come out of a dress shop.

We were sticky from having eaten sopapillas sopped in honey for dessert at lunch and had just started to get testy with one another when a creature emerged from the cafe'. He was wearing a tie-dyed t-shirt, an unzipped leather jacket, and frayed bell-bottomed jeans with peace signs embroidered across the knees. He had hair down to his waist and a leather headband tied around his forehead.

"Good gravy! Why does he look like that?" I asked. At the age of nine, I was horrified. Didn't he know that only girls and Jesus were supposed to wear hair that long?

"That young man is a hippie," replied our father. "He's got something to say by dressing that way and wearing long hair."

"'Bout what?" I couldn't take my eyes off him as he climbed on the motorcycle.

"He doesn't like the fact that Americans are fighting in the war." His voice picked up energy when he said that, but I wasn't sure whether I was supposed to be for or against what this young man represented. I let the subject go and busied myself with trying to clean my messy hands with a Kleenex that stuck to the honey in bits and pieces.

My father worked for the Social Security Administration and forever kept the same crew-cut hairstyle he'd had from his days as a Marine. He held high standards of behavior for the four of us kids, and we assumed that he'd been cast in the same mold as other parents. It wasn't until much later that I realized how wrong I'd been. Dad liked to listen to Jimi Hendrix and sing Lord Won't You Buy Me A Mercedes Benz...along with Janis Joplin.

When he went to the polls to vote, he'd pick the most liberal candidate on the ballot and tell us why he believed in his choice. He preached about the virtues of a good compost pile, started buck-eye and haw trees from seeds, and made sun tea to conserve propane. On weekends, he wore worn-out blue jeans and Birkenstock shoes. His hair was too curly and wiry to have been coaxed into other styles, but I suspect he'd like to have worn it longer. He'd conformed to society in order to provide food and shelter for his family of six, but I now know he had another side. He'd wistfully watched that young hippie roar off on his motorcycle that Saturday afternoon at the Plaza and had recognized a kindred spirit. I suppose it could be said that there is a little bit of a rebel hippie inside all of us.