A Novel by Marci Henna 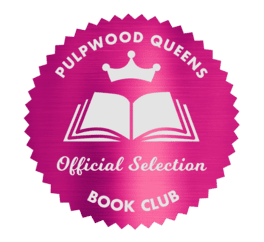 Marci Henna's novel, the latest in the Fireside, Texas novel series, What Lies Ahead, is the sequel to When We Last Spoke. This audio trailer, narrated by the husband and wife team of Allen Farmer and Michelle Redmond, will give you a sense of the tone and manner of Henna's latest masterpiece.

What Lies Ahead, an official Pulpwood Queens selection in April 2020: Surprises, revealed truths, love, and laughter fly like pixie dust from Pandora's box when family secrets surrounding Cousin Jewel surface in this timeless sequel to When We Last Spoke. In the 1960s, orphaned sisters Juliet and Evangeline are raised by grandparents Walt and Ruby. When Ruby (blue-ribbon fiddler) returns from a music tour with unmarried Gemburree sisters, Pearl and Sapphire, a mystery baby comes with them. Add one Charles Wesley, a retired fighter pilot turned barbecue king, and the highly secretive mission called the Fireside Gem Society is born. Will the healing powers of hope and love be enough to prepare them for what lies ahead?

What Lies Ahead by Marci Henna is the second installment in the Fireside, Texas series. It follows When We Last Spoke, which is the first book. The series tells the story of Juliet Cranbourne and her younger sister, Evangeline. As children in the 1960s, the two girls are raised by their grandparents, Walt and Ruby Cranbourne, after their mother leaves and their father is killed in Vietnam. (read more on onlinebookclub.org)

I don't even know where to begin!!!! This book is incredible!!!!! Marci Henna the writer----WOW! she captures life, love, humanity, empathy, and soul on every age level! I don't know what else to say, except that I am truly blown away... I highly suggest reading this book, and I promise, you will find--- you will find - what matter's MOST in your life as a human!!!...
Love is always the strongest answer!

With WHAT LIES AHEAD Marci Henna has painted another Rockwellian portrait of life in Fireside, Tx..With deft dabs of color and texture, light and shadow she brings to life a cast of characters as diverse as the items for sale on the shelves of Densesky’s Groceries and Dry Goods. She captures the poetry of small town dialogue beautifully - it flows as smoothly as melting butter on a stack flapjacks. These are real people and it is indeed a real pleasure to get to know them.

BTW, if you haven’t read WHEN WE LAST SPOKE, you should. It’s as good as one of Selma’s hand scooped ice cream sundaes. And no calories!

Thank you, Marci, for this sequel to your book” When We Last Spoke.” You were constantly making my heart smile as you brought back so many memories of the 60’s era as you continued the story of Juliet and Evangeline. It was such a heartwarming book! Throughout, you emphasized what matters most in this life-family, love, friends, personal relationships, hope, forgiveness, and healing. It was all intertwined so beautifully. Thank you, thank you!!

A story that puts the reader in small town Texas feeling a part of the Cranbourne family. Smells, sounds, and feelings come alive in Marci’s writing. Enjoy the antics of two young, spirited girls and pick up some solid life lessons in the process.